Healing of the Nations

For the Son of Man has come to seek and to save that which was lost.
~Yahshua, the Messiah

Yahshua1See article, “Name Above All Names” for a detailed explaination of the name Yahshua came to a world which even two thousand years ago was full of strife, division and deep desperation. If man was “lost” then, how much more now in this age of skyrocketing suicide and divorce rates, medicated children, and the shameless pursuit of self-gratification. The ancient proverb says, “As a man thinks, so he is.” So what on earth is man thinking? Is there any hope that we could be renewed in our mind, soul, and spirit? For surely man’s great potential has scarcely been realized.

The word lost could mean perishing in the world. It could mean destroyed, meaning you’re no longer there or you might as well not be there — you’re lost, like a destroyed character, which no longer reflects the image of the Creator. Actually the word also means marred. After you mar something it is marred — defaced, disfigured, damaged, dissipated, defective…

Yahshua came to seek and to save those who were seriously damaged, injured, spoiled, ruined. Life in this world has marred God’s highest creation. Man’s soul has been bewitched, bothered, bewildered, transformed into another image,in deep trouble, in distress, scarred. That’s who He came to save, those who are sick and need a real doctor.

There is a renaissance coming for mankind, a rebirth or renewal, a restoration of all that has been lost.

Probably not many of us would regard ourselves as so damaged or lost. But if we knew the glory a man was intended to have and the power of our Creator to restore us, we might just realize our true condition. We can look to Yahshua as an example of man in His highest glory, reflecting the image of God. He lived as an example for us to follow, which requires a true and real deliverance from our fallen state. This is what salvation is all about — being restored and renewed, being healed from the inside out, in order that we could be like our Creator forever and ever. 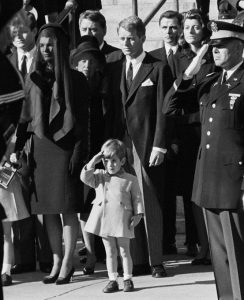 There is a renaissance coming for mankind, a rebirth or renewal, a restoration of all that has been lost. The Scriptures reveal a restoration of all things at the end of this age, in the next age, and in the eternal age.2Mark 9:12; Luke 1:17; Acts 3:21; Revelation 21:1-5 Our Creator’s ultimate purpose is to redeem and restore His highest creation from the devastating effects of evil and selfishness, and then fill the infinite universe with His goodness, kindness, and love. Though it could seem like wishful thinking or far-fetched to some, we believe it because we are experiencing a foretaste of the age to come, in actual communities where this restoration is happening.

Mankind has had ample opportunity for many thousands of years to try all of his self-help programs, vain philosophies, and man-made religions. But people have never been more alienated, self-centered, and unholy. We are surely living in the end of days foreseen by the prophet Daniel — the time when knowledge has increased exponentially and men travel to and fro all over the face of the earth.3Daniel 12:4. In 2010, at any given moment, there were approximately 5,000 commercial passenger flights traveling in US airspace. Never has there been so much knowledge, yet so little wisdom, and so much activity with no real sense of purpose.

Now may the God of peace Himself sanctify you entirely; and may your spirit and soul and body be preserved complete, without blame at the coming of our Lord Jesus Christ. (1 Thessalonians 5:23)

Our spirit, soul, and body must be renewed — made qualitatively4Qualitative: relating to, measuring, or measured by the quality of something rather than its quantity. new, to be eternal5Revelation 21:4 as the new heavens and earth will be qualitatively renewed, renovated by fire, made habitable for a new beginning.6Psalm 102:25,26; Revelation 21:1-3 Our renewal comes through a deep healing process in which we overcome all of our wrong ways, the things in us that cause pain to others, alienating us from our Creator and our fellow man. The Holy, who have completely entrusted their lives to Yahshua in this age, will give themselves to this healing process, looking forward to the eternal day when we will be with Him and like Him in every way.71 Corinthians 1:2; 1 John 3:1-3; Revelation 21:2,9-12; Ephesians 1:18-21; 2:19-21; 3:21

The Healing of the Nations

The Holy give themselves to this healing process in this present age, but the Righteous cannot be healed in their soul and mind until the eternal age. The Righteous will have enough human worth left in them to stand in the judgment that is coming for all men.8Revelation 20:12-15 They are those who will be found worthy of a second life, after they have paid the just wages of their sin in death.9Romans 6:23 Going through death does not heal them.

And he showed me a river of the water of life, clear as crystal, coming from the throne of God and of the Lamb, in the middle of its street. And on either side of the river was the tree of life, bearing twelve kinds of fruit, yielding its fruit every month; and the leaves of the tree were for the healing of the nations. (Revelation 22:1-2)

Revelation 22:2 looks forward to the healing of the nations, of them and all who will be born to them forever and ever, from generation to generation.10Ephesians 3:21 The minds and souls of their offspring will also need healing from the effects of their former life in this age. For the devastating effects of selfishness and evil run deep, even to the genetic level, and will take generations to heal completely.11Exodus 20:5,6 This can come about only through the holy ones who reign forever and ever over them to provide that healing.12Revelation 22:2-5 Through their healing the Righteous will be restored to the fullness of how Adam and Eve were before the Fall.13Romans 3:23

The original mandate of Genesis 1:28 to “Be fruitful and multiply, and fill the earth, and rule over it” has now been in abeyance for six thousand years, awaiting the restoration of man. Man has not been able in his fallen state to bring it about to its fullest extent — quite the contrary. But in the restoration of the nations in the eternal day, once more it will be given to them to fulfill — forever and ever, multiplying from generation to generation, forever and ever.14Revelation 21:24; Ephesians 3:21

The Holy Will Serve the Nations Forever and Ever

And there shall no longer be any curse; and the throne of God and of the Lamb shall be in it, and His bond-servants shall serve Him. (Revelation 22:3)

Healing comes from the servants of Messiah — the Holy, who reign over the nations as “servant kings” just as Yahshua was in His days on the earth.15See “The Majestic Ones” to learn more about the Holy. To serve Him is to minister that deep healing to the nations who have gone through great struggle, hardship, pain, suffering, and last of all death.16Job 14:14; Revelation 21:4 But through their struggle, the soul and mind was not healed or renewed, not yet restored to its former state before the fall of man.

So in the eternal age, the people of the nations who have been granted a second life will need healing by the leaves of the Tree of Life, which will be administered by the Holy — the servants of Messiah. You can see the heart of our awesome Creator that He cares so deeply about their lives and knows their struggle to overcome and maintain their righteousness against all opposition. This is what it means that they “will not lose their reward,”17Matthew 10:42; Mark 9:41 which they knew instinctively as they determined to choose the good in life.

The servants of Messiah will wipe away all tears from their eyes and heal their souls, restoring them to their former created state before selfishness and the evil one defiled their minds and caused great hurt and damage. The souls of the nations who are resurrected to a second life are not totally defiled, or there would be nothing that could be restored or renewed, nothing left if they were totally depraved in mind.

God Will Be With Them and Among Them

So in Revelation 22:2, healing means that someone human and touchable, visible and material will have to minister to them the leaves of the Tree of Life, giving special attention to cure or heal them of the hurt ways in their souls. This kindness and care is actually coming from the Creator Himself, as He will live in His Body — the holy ones, the Twelve Tribes of Israel united with their husband, Messiah Yahshua.18Revelation 21:2-4,9-12; 22:1,2

And I heard a loud voice from the throne, saying, “Behold, the tabernacle of God is among men, and He shall dwell among them, and they shall be His people, and God Himself shall be among them. (Revelation 21:3)

The healing of the people of the nations will take special care by the personal presence of those attending to their damaged minds and souls. So the holy ones whom God lives in and ministers through will take special notice of each damaged soul. This will take human-to-human care and attention.
The holy ones will be their attendants until all tears can be wiped from their eyes and the memory of their own death, and the death of their family, and the pain of their past life and their time in death, is gone. There shall be no more curse, only freedom.

God’s Servants Are Redeemed and Healed in This Age

God is spirit, and He needs His very highest creation to be redeemed by the blood of His son Yahshua, who lived His life on earth as a servant to bring healing to those He touched. And who will be the servants who will care for the people of the nations, but these redeemed sinners who were far worse than those of the nations who went through such hard service to maintain their conscience.19Isaiah 24:5-6 That is why they will be redeemed in this age to overcome their selfish ways, learning to walk by His Spirit and love with His love.20John 13:35; 1 John 3:14,16 They will be His servants, His ministers whom He can minister through to heal the people of the nations. They will have so much compassion and respect for those people after all they have been through in this age to be redeemed.

As one’s spirit ministers through his own body, so God in His people can be “with men” — the righteous men of the nations. But the holy ones must be like His firstborn son Yahshua, and have His same attitude, who took the form of the servant.21Philippians 2:1-11 The Holy willingly offer their obedience, devotion, and loyalty to Him. They serve Him where He dwells by His Spirit, ministering to and receiving healing through their fellow servants. Those who serve Him now, in His Body, are those who will serve Him eternally as part of His Body — His dwelling place forever and ever.22Revelation 21:3; 22:2,6